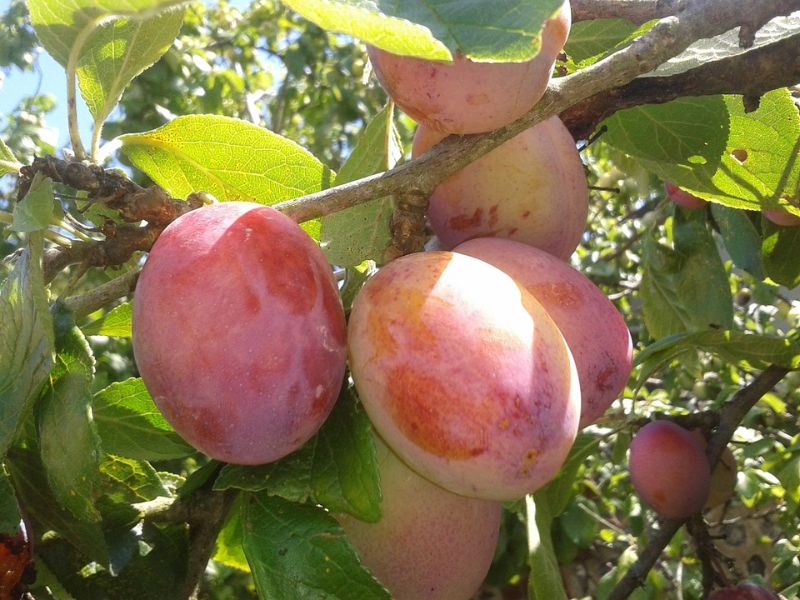 Fruit That Starts With Y – there are so many different types of fruit that you eat everyday and most of these are easy to name.

There are not many fruits beginning with the letter ‘Y’.  But we did manage to compile a list of 10. Surprisingly, some fruits appearing on the list are banned in the United States and some Americans might not be able to taste the fruit in its raw form in America. A dealbreaker? Read on to know more about them.

Have a look at our list of different fruits that start with the letter Y!

Yellow guava is fairly smaller compared to the other varieties of guava, just about 2 inches in diameter. It has a yellow skin. The flesh is white and creamy. It has a lot of seeds that are edible. Its flavor can be compared to that of a sweet, delicious lemon. It is the sweetest of all the guava varieties.

Yuzu fruit comes from the citrus family, closest relative being the mandarin orange but in certain ways it looks like a lemon. It is thought to have been first grown in China following which, due to commercial trade yuzu can be found in Korea and Japan too. Skin can be yellow or green in color.

Texture is uneven like a grapefruit. It is not juicy, the taste can be best described as spicy and citrusy. This description of taste does not make it an appealing fruit, but it is delicious. It is frequently used to make Yuzu vinegar, a type of vinegar that is extensively consumed in China, Japan and Korea.

Yuzu rind is mostly grated and eaten in salad form. Yuzu tea (citron tea) is extremely popular. A big spoiler for the Americans, this fruit is illegal in the USA, so you might not be able to taste it in its delicious raw form, however its marmalade jars can be bought online.

Youngberry, a hybrid fruit is a cross between blackberry and dewberry, probably explaining its reddish blackish color with just a few seeds. Just pluck it and pop it in your mouth. If it is ripe and perfect to eat, it will be extremely juicy.

It is sweeter than most of the berries. They are good for jams, pies, and sauces. Amongst drinks it can be consumed in juice, wine and liqueur form. Unlike other berries, youngberry is not suitable for muffins and cakes due to them being extremely juicy, but you can surely try some maple syrups made out of the fruit.

Coming from the pear family, this one is a cross between an apple and a pear. Shape is like a pear but texture is like an apple. The flavor is subdued. Yali pears are crispier, juicier and more aromatic compared to the Asian pears. They are white to cream in color.

While eating this fruit, you’ll taste a combination of typical spices like vanilla, cinnamon, and star anise. Its skin can be bitter. A versatile fruit that works well for roasting and grilling and can simply be substituted for the common pear. With a yali pear, one can easily make endless recipes, both sweet and savory.

Native to China, yumberry has been around for over 2000 years now. It is very small, just about the size of a grape, this berry is reddish maroonish in color. The flavor is similar to a cranberry’s : sweet and sour.

Originally referred to as Chinese bayberry, it was renamed yumberry in the early 2000’s to increase its appeal among the masses. It lives up to its name and is indeed pretty yummy. Eaten fresh, dried, or even canned, it has an aroma that is similar to a dewy rose with some hints and traces of vanilla. A very delicious fruit, it makes for a good ingredient for baking products like cakes and pastries.

Its flavor is popular and one comes across yumberry flavored candies, jams and jellies often. Yumberry flavored yogurt, ice cream and tea are beyond delicious. You might find its juice concentrates at your local super market.

Yellow in color and egg like shaped fruit with lots of black seeds that is the yellow passion fruit for you. Its skin texture is smooth and wrinkly.  The flesh is creamish in color. Taste can be best described as very sweet and acidic, however you are not supposed to eat its skin.

Peel the fruit before eating. The wrinklier the fruit, the riper it is. Another way to judge its ripeness is when its color changes from green to yellow which is rather fast. Just ensure there is no discoloration. Mostly it is used for juices, however it can be used in many sweet and savory dishes like cakes (pudding cake and cheesecake), ice-creams and juices.

Yes, this fruit exists; it not only exists but has many different varieties too. The outside rind like the red watermelon is green in color but flesh is yellowish-golden in color. Yellow watermelon is extremely juicy and sweet.

Just like the red watermelon, it is very refreshing and makes for a good summer fruit.  Although its flavor is comparable to the red one, the yellow one is slightly sweeter. Rarely there is any fruit which tastes better in any other form than raw, this is no different.

But this watermelon can be used to make some delicious fruity and colorful margaritas. Frozen pie and salads are also some good recipes for which this fruit can be used.

One of the oldest fruits, which has been around for centuries is the yunnan hackberry fruit. Hybrid of berries and nuts, this fruit has a very sweet taste. It is a small and tiny nut which is surrounded by a crunchy shell.

It is about 3 inches in size just like a cherry and even looks like it. Its flavor has been compared to the flavor of black tea, dates and peanuts.  It is not juicy like other berries and you might not enjoy it in its raw form. The Yunnan hackberry paste is used as an ingredient for many other delicious recipes.

It is sweet and juicy and has a distinct aroma. It can be consumed in raw form. Its juice is extremely delicious to drink. Yatay liquor is often consumed in the households of the above listed countries.

Founded in the early 19th century in York, Pennsylvania. York imperial apple’s skin is red and flesh is yellowish in color. The size is anything between medium to large. They come in various shadings of red and green. Flavor is mildly tart and sweet.

It is just the perfect apple for baking and cooking. It has an excellent shelf life of about 6-8 weeks if kept properly in a refrigerator. Apple sauce and york imperial apple cider vinegar are extremely popular. In the grocery stores, jams, juices and dried apple slices are commonly available.

For official definitions of the fruit you can also look at the Oxford English Dictionary.