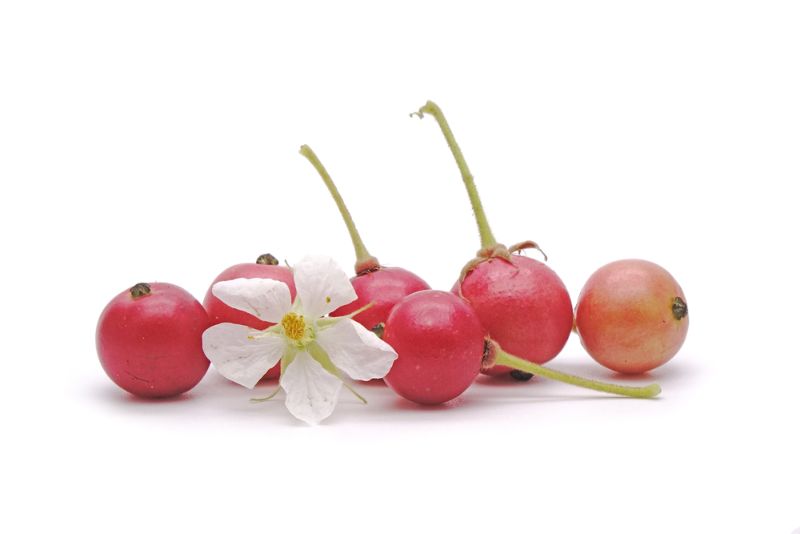 Fruit That Starts With I – there are so many different types of fruit that you eat everyday and most of these are easy to name.  But what about the more unusual fruits?  Fruits that you have heard of but not tried?  Or fruits that come from a different part of the world that you haven’t even heard of?  We’ve put a great list together for you, along with a description of the fruit and a photo where we can source one.  Have a look at our list of different fruits that start with the letter I!

Fruit That Starts With I

These round berries are of light yellow/green colour and appear to be segmented with 6-8 thin lines running down them. They have a bitter and sour taste and are native to to the subtropical south Asian countries, including India, Pakistan and Bangladesh. They also sometimes have the alternative name of Phyllanthus Emblica.

This highly unusual fruit is native to the the Indian subcontinent and Southeast Asia. It has a unique appearance, with a fleshy looking outside and translucent, juicy fluid on the inside. It is most commonly available in the summer and many believe it has healing health properties, as it contains fibre, protein and many different vitamins.

Indian jujube is an evergreen plant that originates from South East Asia and most commonly grows in sandy/gravelly (well drained soil) and when exposed to full sun. When ripe this fruit can be yellow, orange or reddish brown coloured, and ripened fruit is usually produced twice a year – during the spring and autumn.

This is a tropical fruit located in Central America and it holds a delicious taste when eaten ripe. It is usually chilled when served and May even be served with sugar or cream to strengthen the flavour. However, these fairly unusual fruits do not transport well, explaining why it is relatively unknown across the globe.

This large, tropical tree is native to Asia, Australia, the Pacific and Madagascar. These fruits begin green, then turn yellow and then finally become red or purple when ripe and hold a sweet and acrid taste. They also have many health benefits including, promoting bone health, improvements in the immune system and helping to regulate blood pressure.

These less popular fruits are often produced as more of an ornament then for consumption, but when eaten host a sweet but acidic flavour. They are native to East Africa and will grow either in full sun or even part shade, mostly commonly around August time. However, they are quite slow growing trees and are able to grow up to 10-20 feet.

This plant is native to the Pacific Coast and other areas including: Canada, British Columbia and the United States of America. It is a shrub known to be one of the earliest blooming plants during the year – throughout spring time and usually has quite a bitter flavour, even when ripened.

This tropical fruit can usually be found near the sea beaches or inland in places such as Africa, tropical America and possibly the Bahamas or south Florida. The fruit itself is edible and often has a mildly sweet flavour, almost tasteless sometimes. When found by the sea the fruit is usually a white or pale-yellow colour with a rose blush or dark purple. When found inland the fruit is a dark purple colour and more oval shaped then the ones found at the coast.

This fruit is native to the east coast of Australia and commonly grows in the rainforests. It is a grape-like fruit with a sweet and mild pine flavour, which can be intensified by cooking. These large purple-black berries have an inedible seed at the centre and ripen between March and July. They can also be used in jam or eaten raw.

This uniquely named fruit, originates all the way from Mexico to the Amazon rainforest in the South. These beans are available all year round, with their trees growing up to 30m in height and usually fruiting within 3 years of germination. The beans themselves can also grow to between 0.3-2 metres in size and hold a sweet and not surprisingly, faint taste of vanilla ice cream.